Working and living in Luxembourg 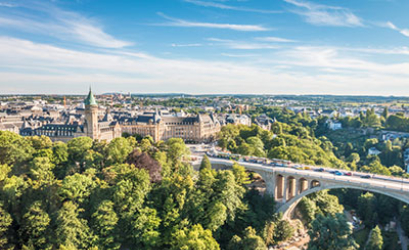 Located at the crossroads of France, Belgium and Germany, Luxembourg is famed for its cosmopolitan vibe coupled with its renowned quality of life and outstanding living standard.

No wonder it is one of the happiest countries in the world.

A true microcosm of European diversity, this prosperous nation is home to 645,000 people of more than 170 different nationalities, speaking some 80 different languages.

The country and its capital – Luxembourg City – are a unique example of tradition and modernity, blending contemporary buildings, castles and spectacular nature. All within a short walk or drive from each other.

Disclaimer: please note that EPSO cannot be held responsible for the links provided by external entities and made available on this webpage.

In recent years, many international companies have chosen Luxembourg as their headquarters, joining numerous EU institutions, agencies and bodies.

Luxembourg’s economic growth and development has fueled a population increase and created an open society where everyone feels at home. Cultures and languages mix seamlessly and families and singles alike can easily make friends.

In this multilingual nation, English, French, German and Luxembourgish are the four most spoken languages. With expats making up almost half of the total population, daily life also unfolds in Portuguese, Italian, Spanish, Polish, Swedish, Finnish, Romanian, amongst others.

In addition to a flourishing economy, Luxembourg offers a wide range of benefits, such as:

Luxembourg sprawls harmoniously between city and nature, extending from urban and historic buildings to lakes, hills and forests.

The country’s serene and diverse landscape keeps families and individuals entertained and is perfect to unplug from daily life stresses.

Whether on foot or on wheels, exploring Luxembourg means embarking on a whirlwind tour: from Luxembourg's old city center – a UNESCO World Heritage site – to castles perched on hilltops, plateaus, valleys, rivers and the first European cross-border nature reserve.

Respect for the environment is paramount in Luxembourg and when it comes to having fun, nature is your ally here. A large network of hiking trails and 600 kilometres of cycling paths make eco-friendly, cross-country travel possible and safe.

Water lovers can choose from a wealth of activities such as canoeing, kayaking, water skiing, swimming, paddle boarding, fishing, and much more.

A wide array of resolutely international leisure and culture activities offer entertainment opportunities for everybody, including families.

As one of the EU’s original founding members and first seat of European institutions, Luxembourg hosts a high concentration of EU institutions and bodies, allowing for attractive interinstitutional mobility opportunities:

Visit our Job opportunities page to find job vacancies in Luxembourg which are currently open for application.

“People sometimes give Luxembourg a bad reputation when it comes to nightlife...

“When I first arrived in Luxembourg in 1987 I confess that I did not understand...

“To me, one of the best things about Luxembourg is that it is so green. You...